Written in the Stars 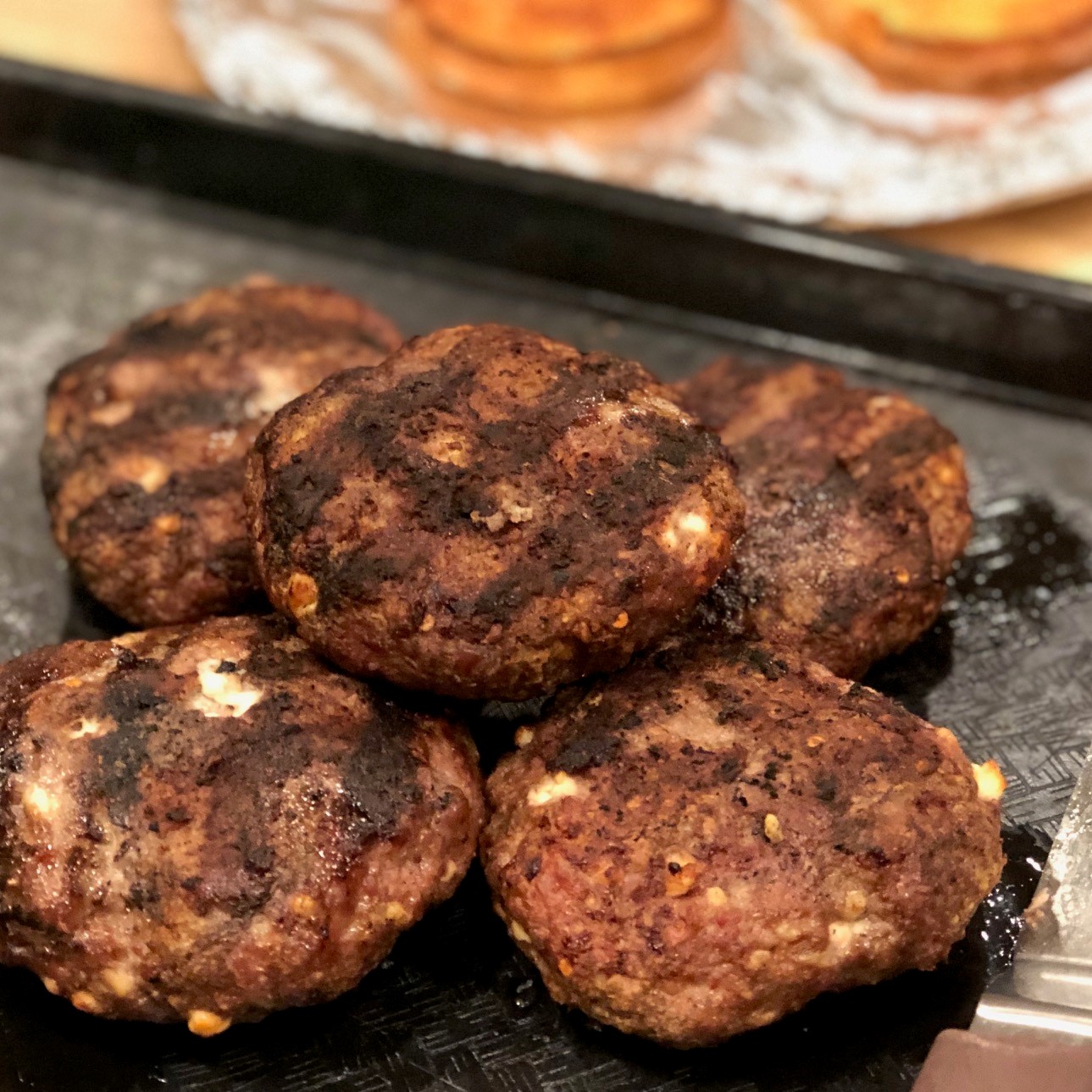 Gyros are traditionally a Greek food made with slices of spiced meat that have been cooked on a spit or a vertical rotisserie and served with a salad, all wrapped up in a pita or flatbread.  Gyro (pronounced YEAR-O or YEE-RO) comes from the Greek guros, meaning “a ring”, relative to the rotating spit that the meat is cooked on.  Following World War II, the Doner Kebab appeared in Athens by immigrants from Anatolia and the Middle East.  It was a type of kebab made from stacked and seasoned lamb skewered and put on a vertical spit.  As the meat cooked and crisped on the outside, it was thinly sliced or shaved from the rotisserie.  It was sometimes plated and served with a salad, or more commonly stuffed in a pita or flatbread.  The vertical rotisserie goes as far back as the Ottoman Empire and the town of Bursa (in modern-day Turkey) is considered the birthplace of the vertically roasted kebab, first as an entire roasted leg of lamb.

In Greece, gyros are common among street vendors and typically made with pork.  Chicken is popular and lamb or beef are found more rarely.  Customarily, Greek-American gyro meat is usually made with a finely ground mixture of beef and lamb, mixed with spices including cumin, oregano, thyme, and rosemary.  The cut slices of seared meat are piled into pita breads and topped off with tzatziki sauce, red onions, tomatoes, feta cheese, and a sprinkling of dried oregano.

Feta is a brined curd white cheese made in Greece from sheep’s, goat’s, or sometimes cow’s milk.  The Greek word Feta actually translates to “slice”, as it is packaged and sold in blocks.  In Europe, feta is traditionally produced using only whole milk, rather than pasteurized.  The finished produce has a slightly grainy texture in comparison to other cheeses and is either served in slices, cubed, or crumbled (rather than grated or shredded).  There are a lot of wonderful cheese makers out there and farmstead feta can be found at a lot of local farmers markets.  We love to visit our local Texas Goat Dairy Farm for feta, but if you don’t have access the grocery stores sell many brands and varieties too.

Tzatziki, commonly used as a dip or a sauce, consists of a yogurt base, with cucumbers, garlic, salt, olive oil, and sometimes lemon juice, dill, mint, or parsley.  It can be served as a refreshing vegetable dip or as a sauce alongside flatbread or falafel.  It also can be used as a type of “dressing” for salads and goes beautifully atop the components of a Greek gyro. 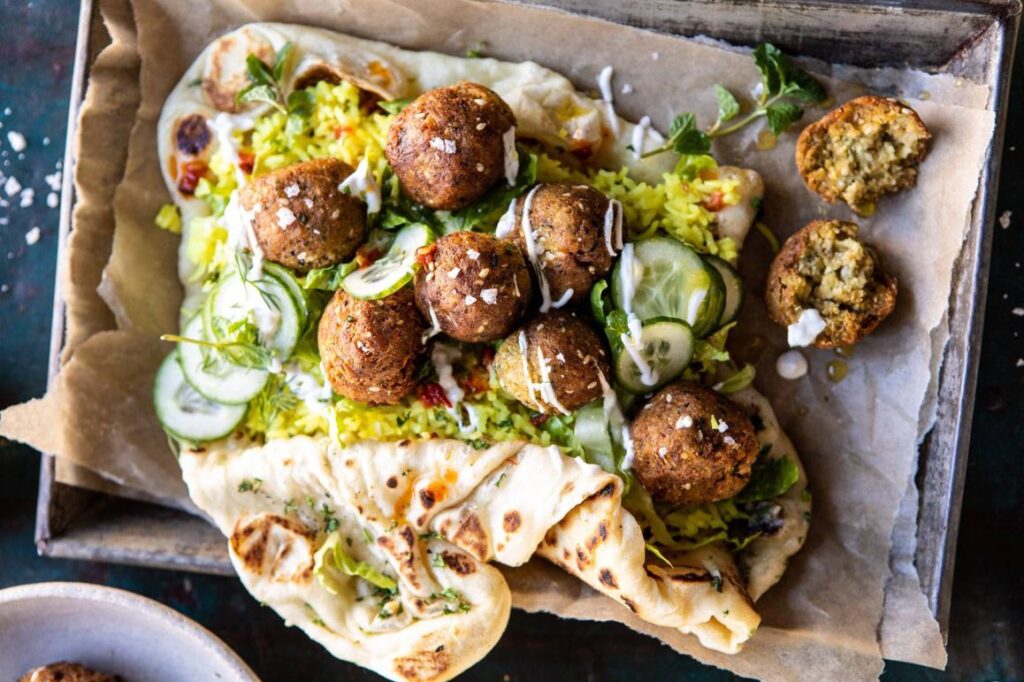 Some Gyros also include Falafel – a deep-fried ball, or flat patty, made from ground chickpeas, fava beans, or both.  Herbs, spices, and onion are commonly added to the dough.  It most like originated in Egypt, but is present in Greek cuisine, found in gyros alongside the traditional meats and on its own as a vegetarian option.

My husband and I LOVE gyros.  They’re deliciously satisfying and provide a taste of “something different” when we’re tired of the mundane dinner options.  Our love of gyros combined with the “what’s for dinner, tonight” question inspired these delicious gyro burgers.  And let me tell you, they’re a hit any way you serve them.  Try them as full-on mouthwatering burgers or make the slider version for your next small group gathering.  Party plans?  Ditch the buns and roll the meat into bite-size meatballs and serve skewered with a leaf or two or fresh mint and tzatziki sauce to dip into on the side.

We're working hard to get our store up and running. Check back soon for a wide selection of completed quilts, accessories, and services. Dismiss